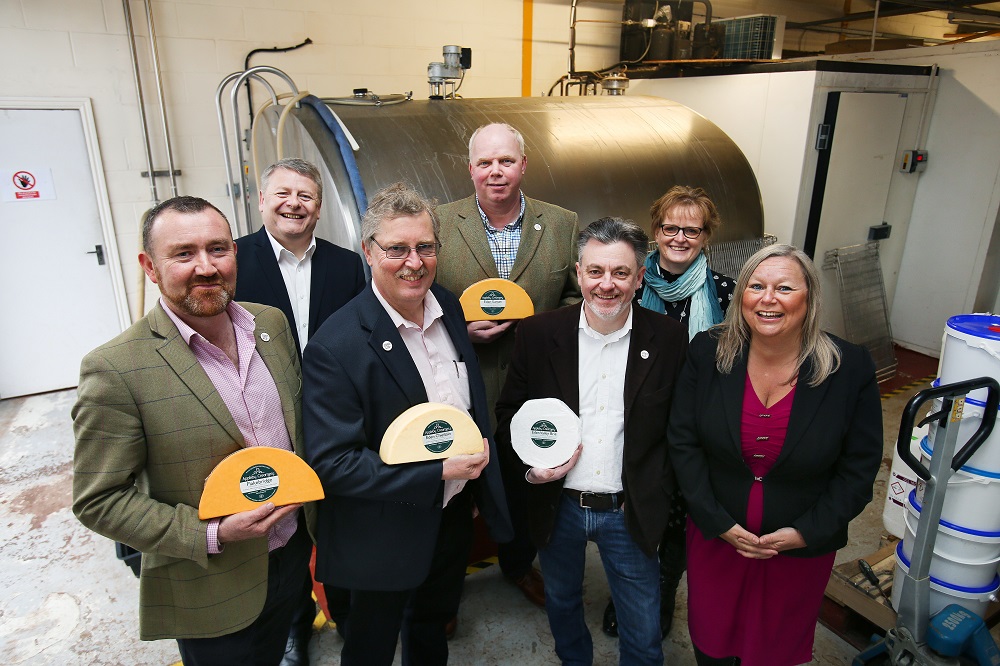 Founded in 2008, Appleby Creamery is located in the historic market town of Appleby-in-Westmorland in the Eden Valley.  The business specialises in making high quality, premium food and drink brands and making them available to a wider audience.

The business will use the loan to carry out alterations to their newly-acquired, much larger industrial unit and to move into new international markets including China and the USA. The new facility will be a state-of-the-art production facility capable of meeting the most demanding food safety standards.  The loan will also provide the growth capital needed to help this expanding business meet the surge in demand forecast after winning a number of significant new contracts in the UK and overseas.

Appleby Creamery currently employs nine staff and has annual sales of over £500,000 and this is expected to increase as a result of the new funding package.

In 2008, Appleby Creamery launched with a range of premium handmade cheeses. Ten years on it has established itself as a specialist artisan soft cheese producer with multiple awards under its belt.  As part of Cows and Co Group, the business now has the significant advantage of a single farm premium milk supply, which contributes to the consistent quality of the cheese and the provenance.

The deal marks NPIF’s first large debt investment from FW Capital to back a Cumbrian business since the fund was launched to support small and medium-sized businesses across the North of England.  FW Capital’s Investment Executive Maria Ramsdale led the deal supported by Senior Investment Executive Andy Traynor. It was introduced to the company by Janet Addison from the Cumbria Local Enterprise Partnership.

In 2015 Appleby Creamery was acquired by the Cows & Co Group, which operates other businesses operating in the food, drink and sustainable energy sectors.

Managing Director of Appleby Creamery, Maurice Walton said: “As a growing business we’re faced with the challenges of accessing finance and NPIF has provided us with a platform to make the most of the market opportunities. The commitment from Maria and Andy has been integral to us securing this investment.

“Our strategy is to focus on domestic growth, while exploring opportunities to trade overseas.  We are already seeing increased interest from customers in Asia and have started the process of licensing our products for sale in the Chinese market, so it’s an exciting time for us.”

Maria Ramsdale, Investment Executive at FW Capital, said:  “It’s been a pleasure to work with Stuart and the team at Appleby Creamery.  They have a great range of products and are exactly the sort of growth company the NPIF debt fund was set up to help. It’s rewarding to work with a company that is committed to driving their business into new territories with positivity and passion for both customer service and quality of product.”

Grant Peggie, Director at British Business Bank, said: “Cumbria is synonymous with quality food & drink and there are a number of entrepreneurial food manufacturers in the region that are gaining recognition across the UK and internationally. We are  excited about the investment in Appleby Creamery as it demonstrates the strength of home-grown food producers that we have on our doorstep in the North of England.”

Janet Addison, Business Growth Consultant at Cumbria Local Enterprise Partnership, said: “We are delighted to see more Cumbrian businesses benefiting from the Northern Powerhouse Investment Fund. Appleby Creamery is a great example of how NPIF can help a diverse range of businesses and we would encourage more Cumbrian firms to take a look at what NPIF and the wider British Business Bank has to offer.”

Other NPIF investments to support Cumbria businesses include the £40,000 microfinance loan to Barrow-in-Furness-based NC Training in October 2017 and the £600,000 equity deal with Kendal-based mobile solutions firm Coeus Software which completed in March 2018.

NPIF provides microloans, debt and equity investments, ranging from £25,000 to £2m to help small businesses to start up, scale up or stay ahead.