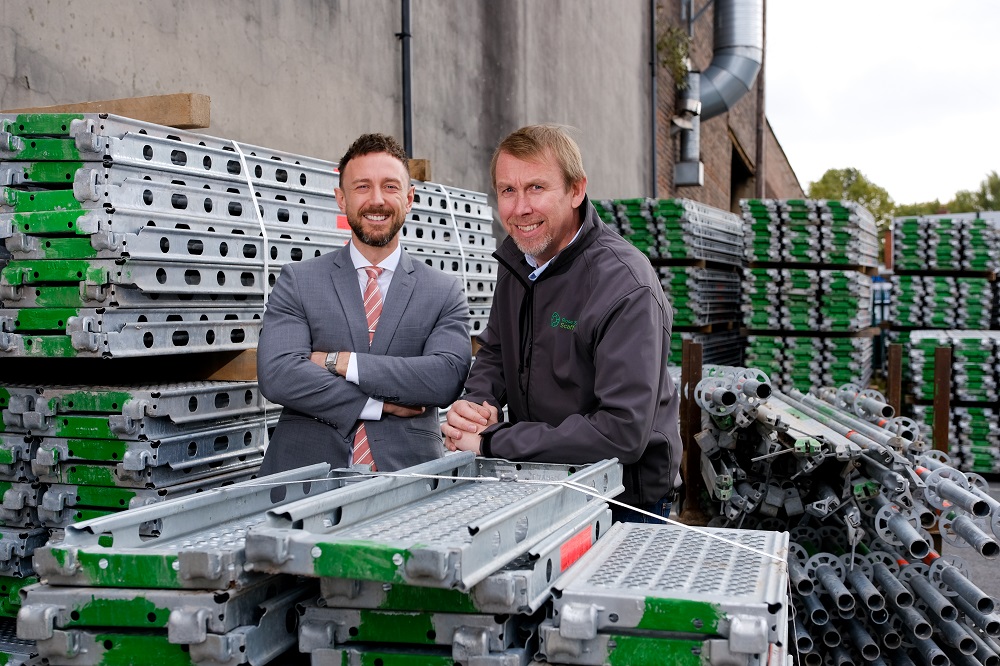 The company provides scaffolding for major construction projects in the North West. Clients include Redrow, Bellway Homes and McCarthy and Stone.

NPIF – FW Capital Debt Finance provided a £250k loan which has been used to invest in high quality kit and will create a number of new jobs including apprenticeships.

Director James Brierley said: “The business got off to a great start with an order book of £3m and a diverse client base across a range of sectors.

“Despite our success, there was no real appetite from high street banks to provide investment. James Scott Accountants made the initial introduction to Paul Mak of Pomegranate Commercial Finance, who in turn referred the deal to Adam Husband of FW Capital.

“The funding has been used to buy high quality materials from our German suppliers and bring in new staff including apprentices.  The construction industry has an ageing workforce and we want to address this by investing in training through quality apprenticeships to create opportunities for young people.

“We have 25 full time and aim to have 40 by the end of next year including around six more apprentices.

“In our plan we’d forecasted to double our turnover but we are on target to treble it.”

FW Capital investment executive Adam Husband said: “£250k is a bold amount to lend to such a young business but they are a perfect example of how we will push our appetite for the right business.

“Key factors in our decision were the strength of the management team who had invested a lot of their own cash initially to get the business off the ground which demonstrated their commitment and belief in what they were doing.  Their strong track record in the sector was also crucial, having worked for a major scaffolding business prior to starting Rose Scaffolding.

“They have secured a huge amount of business in a short space of time and are working with key players in the construction industry. Rose Scaffolding is a really fantastic business and one that we are delighted to have supported.”

Sue Barnard, Senior Manager at British Business Bank, said: “The North West continues to be a fast-growing market for construction. Rose Scaffolding is a relatively young company but it has managed to expand its client base and have influence over a number of major projects in the region.

“The investment will positively impact the firm’s future growth ambitions, in the form of new specialised equipment, the creation of skilled jobs and vocational training for school leavers. It is these individual components that will boost the North West’s economic prosperity in the future and we look forward to seeing the companys development.”