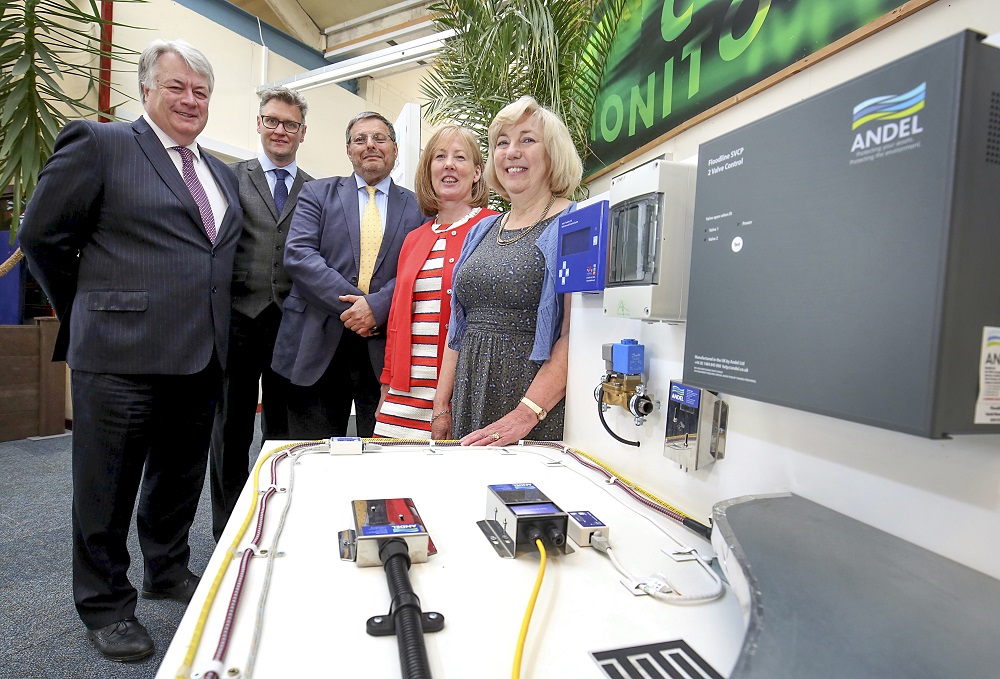 Andel is Britain’s largest manufacturer of specialist in-building water, oil and gas leak detection systems. With a global client base, including the Houses of Parliament, the Pentagon, Barclays and Hong Kong International Airport, the firm has doubled in the last four years.

The NPIF funding will be used to drive Andel’s product research and development programme and maximise its strong potential for further growth in both domestic and international markets.

Current projects include a complete overhaul of the award winning Floodline leak detection Control Panels to incorporate all the latest technology and features to help maintain a competitive edge, and also Andel’s semi-permanent FloodWall, which is suitable for commercial and domestic applications and is made from recycled plastic and reinforced with steel to withstand the forces of flooding.

Andel’s FloodPump 5 can activate multiple pumps on detection of water, activate closure devices such as automatic flood gates and sends alert signals via SMS to let owners know the actions taken to protect the property.

The £180,000 will also provide the deposit for a new road tanker for the IWS division, which operates a number of road tankers to empty interceptor tanks and safely dispose of the oil and silt waste.

Keith Charlton, Senior Investment Executive, at FW Capital, said: “Andel has a strong record of sales growth. In the past two years, the company has experienced sales growth of 14% and 28% respectively, with profitability rising accordingly. In addition, Andel has a strong order book with increasing demand for its products and services.

“This is an exciting time for Andel and we are delighted to have been able to support them in their incredible success.”

Julie Greenwood, Andel Managing Director, said: “The investment from FW Capital comes at a time of unprecedented growth, with many exciting new projects in the pipeline.

“The team at FW Capital really understand our business and were able to offer the funding we needed in a really helpful and efficient way. We look forward to continuing our partnership with them.”