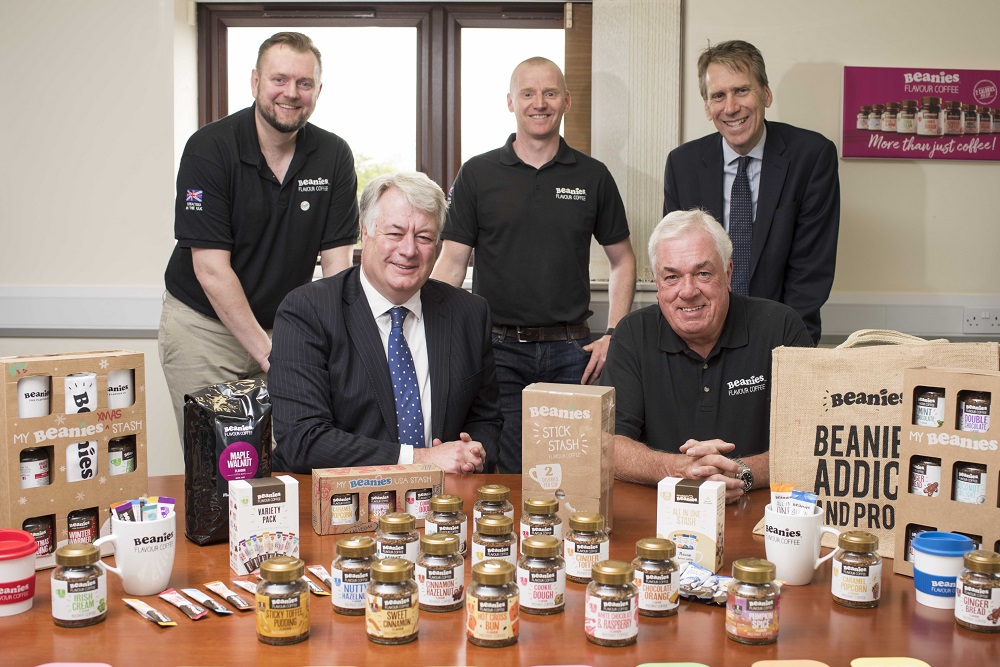 The Darlington firm, which manufactures 17 flavours in its premium freeze-dried, sugar-free coffee range, has seen sales of its 50g jars and individual stick sachets grow 50 percent in the last 12-months.

Available in over 30 countries worldwide, Beanies Flavour Coffee boasts products with less than two calories per cup. The products were also showcased in a recent TV advertising campaign which is due to be repeated over the next 12 months and set to further aid the company’s growth.

John Evans, managing director of Beanies Flavour Coffee, said: “We intend to quadruple our turnover in the next few years with introductions of new products and extending retailers on the high street, over the internet and in the wholesale sector.

“We were very happy to have an experienced team of advisers around us that helped us to secure the funding for this next phase of growth. Our internal team is growing all the time and with the need for extra capacity, working capital is key at a time like this”

Amongst the North East advisers on hand to assist with the securing of funding was MHA Tait Walker, who aided with the fundraising from FW Capital and Muckle LLP who delivered the legal advice.

Commenting on MHA Tait Walker’s work with growing coffee firm, Steve Plaskitt, partner at MHA Tait Walker, said: “It was a pleasure to help with the fundraise and find a deal structure that would work for all stakeholders.  Beanies has a great management team and with backing from HSBC and NPIF – FW Capital Debt Finance it should be able to achieve its ambitious plans.”

Investment firm FW Capital provides flexible finance to businesses in the North of England, from loans to support growth and expansion to property development loans. Specialising in SME finance, the firm manages a number of funds including The Northern Powerhouse Investment Fund, the Tees Valley Catalyst Fund and the North East Property Fund.

Keith Charlton, at FW Capital, said: “At FW Capital we specialise in helping ambitious businesses based in the North of England to grow, by providing them with access to the finance they need to realise their potential.

“It’s been a pleasure to work with the team at Beanies as they continue to expand their reach and build even further on the success they have already experienced.”

Stuart Grieve, at North East independent law firm Muckle LLP, added: “John and his team have built a highly successful business with a fresh and innovative product and a clear vision for the brand, so it’s been particularly pleasing to help structure a deal that will deliver greater growth for this ambitious North East business.”

Ben Houchen, Tees Valley Mayor, said “The success and rapid growth of Beanies is a great example of the entrepreneurial spirit that I see so often when I visit businesses in the Tees Valley. I would like to congratulate John and the whole team on what they’ve achieved in a short period of time.