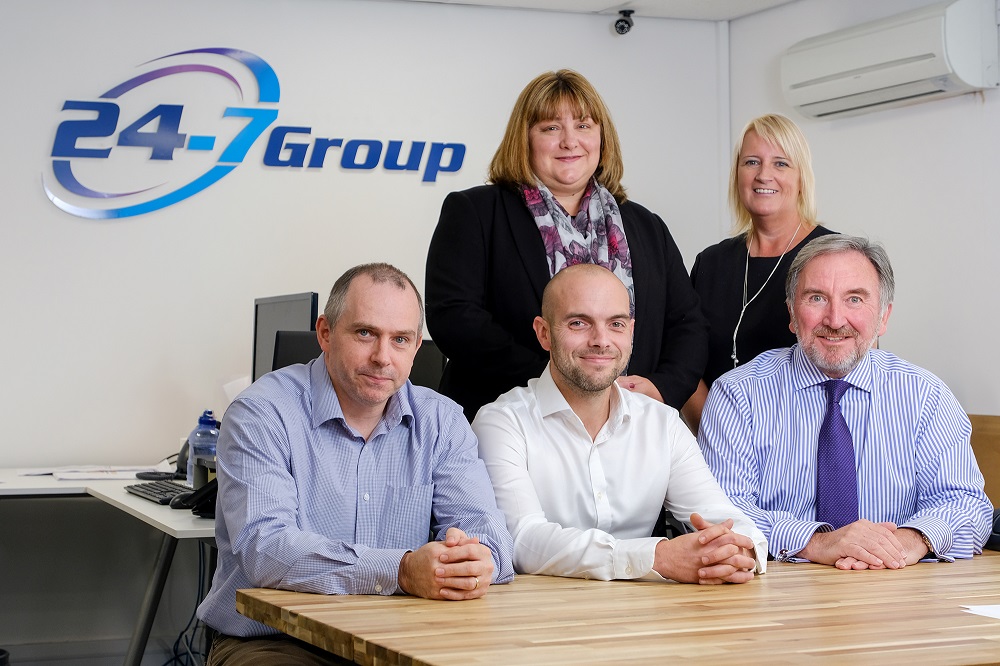 Sale-based 24-7 Electrical Group has announced a £1m increase in turnover this year to £7m.

The business was set up in 2010 by directors Andrew Hawes and Jason Lawler, with commercial director John Matthews joining the company in 2012.

24-7 Group has funded its expansion over the past few years with two loans from Northern England based finance providers, FW Capital.

FW Capital provided an initial loan of £250k in 2012 which was subsequently fully repaid. 24-7 Group returned to FW Capital last year, following the launch of NPIF – FW Capital Debt Finance which is part of the Northern Powerhouse Investment Fund, for a further loan of £500k to help deliver its five year growth plan.

Director John Matthews said: “We would not be where we are today without the funding from FW Capital and the Northern Powerhouse Investment Fund.

“We needed to make a long term commitment to investment in resources, so it was very important for us to find a long term investor. Other types of lender do not tend to provide the certainty of funding that we required, as they can pull their facilities at any time. In an industry like ours where there are peaks and troughs, it’s crucial that we have an investment partner that really understands our business strategy.

“The first loan helped us to build our client base and take on more contracts and people which has seen us grow from a £1m turnover business to £6m last year.

“We needed £500k to fund our five year growth plan but wanted a loan not equity finance to retain full control of the business.

“This has been used to recruit 11 new staff and broaden our offering to include mechanical, heating, air conditioning and plumbing services.

“This ambitious growth strategy would not be achievable without the funding from FW Capital and NPIF and we’re really pleased to have them on board as our investment partners.

FW Capital portfolio manager Melanie Taylor said: “Darnhall is run by a very strong management team and the business went from strength to strength following our initial investment.  We were delighted to provide the company with a second NPIF loan and we are looking forward to continuing to work closely with them.

“This is a good example of us helping a company through its various stages and we’d like to encourage any businesses that have received an investment from us whether ongoing or repaid to speak to us again if they would like more funding.”

Sue Barnard, Senior Relationship Manager at British Business Bank, said: “With specialist electrical products and services on offer to a diverse client base, the £500k funding provided by NPIF will allow the company to look forward and deliver on its ambitious growth plans. We’re looking forward to seeing the positive impact it has over the coming years as a result of this round of funding.”