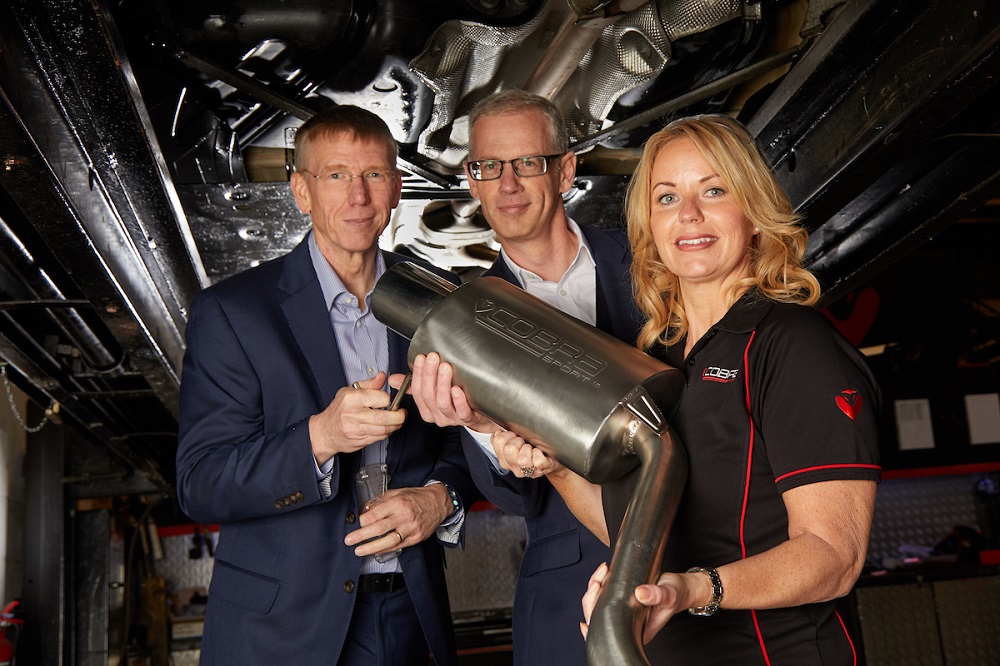 Exhaust firm set to race ahead after acquisition

A Sheffield company which manufactures high-performance vehicle exhausts has expanded across the Pennines with the support of a six-figure loan from NPIF- Mercia Debt Finance, which is managed by Mercia Fund Managers and part of the Northern Powerhouse Investment Fund.

Cobra Sport of Sheffield has acquired the assets of long-established Macclesfield firm JP Exhausts in a deal which has secured the jobs of all 16 staff.

JP Exhausts, which manufactures exhausts and manifolds, had been facing an uncertain future due to the retirement of the owner John Parker and the untimely death of his son Jim. The JP Exhausts name has been retained and will continue to manufacture in Cheshire, albeit in new premises in Congleton.

The deal, which is expected to create another five jobs in the near future, will allow Cobra Sport to expand its offering to the motorsport market. Cobra Sport was set up by Rachel Abbott and her brother Peter Jarvis in 2004, though it originates from a business founded by their father Philip Jarvis around 50 years ago.

The company produces performance exhausts for clients including Subaru UK, Demon Tweeks, Radical Motorsport and jointly runs two cars with AmD in the BritishTouring Car Championships.  It exports around 10 per cent of its products, primarily to Europe, though it aims to break into the US market in the year ahead.

“We are really pleased to welcome aboard our colleagues from JP Exhausts. Both companies have their origins around 50 years ago and can draw on a wealth of experience in the industry. Joining forces allows us to expand the range of products we offer existing customers and puts us in a stronger position to move forward.”

Peter Sorsby, Investment Manager at Mercia Fund Managers, added: “This deal has resulted in a successful outcome for both teams and it has been satisfying to be able to support it. Not only has it has secured the future of JP Exhausts and the jobs of its staff, but it will also allow Cobra Sport to move ahead with its growth plans and strengthen its presence in the motorsport market.”

Ken Cooper, Managing Director atBritish Business Bank, said:
“It is good to see the Northern Powerhouse Fund being used to support two established and growing businesses in Cobra Sport and JP Exhausts. This new funding will allow the combined company to  scale up its operations and address the attractive US market.”