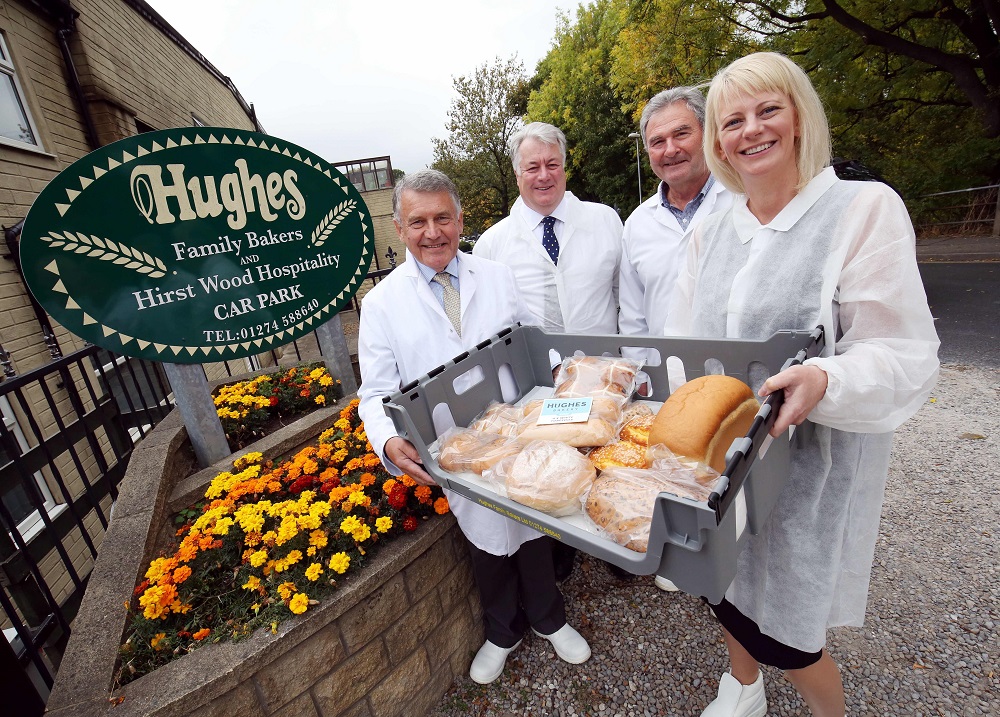 Well known in Yorkshire, Hughes Bakers was founded over 90 years ago and works with an established supply chain to produce a diverse range of baked goods.

The company merged with Asa Nicholson of Bradford as part of its expansion plans. A rebrand is expected to follow.

Hughes Bakery is owned and run by food industry specialists Ian Connell, John Cummings and Colin Davies, who have over 120 years of combined food sector experience from working with retail giants and branded manufacturers such as ASDA, Rowntree, Golden Wonder, Morrison and Tesco.

The company will use the six-figure investment to increase on-site capacity, simplify its product range in line with current consumer trends and work towards achieving British Retail Consortium (BRC) accreditation.

BRC accreditation is a pre-requisite for large-scale suppliers of the UK’s major supermarkets, which forms part of Hughes Bakers’ growth plan.

Twelve jobs will also be created to supplement the existing team of 73.

Colin Davies, finance director at Hughes Bakers, said: “Hughes is an established bakery in Yorkshire working with ASDA Walmart and Co-op as well as a large number of smaller, independent retailers.

“Our plans now involve increasing our capacity for commercial volumes so we can service the larger retailers and we are already talking to the big supermarket chains about achieving listings. We also intend to innovate within our product development so we can be more artisan in what we do.”

Keith Charlton, senior investment executive at FW Capital, said: “Hughes Bakers has a solid reputation and an experienced and committed management team who have a clear vision for the company’s expansion.

“The directors have identified clear growth opportunities and are already putting in place the elements needed to make these happen. This is an excellent example of how NPIF investment can help ambitious businesses move forward and scale.”

Grant Peggie, Director at British Business Bank, said: “The Northern Powerhouse Investment Fund is pleased to support a great Yorkshire-based business in Hughes Bakers. This new line of funding will help the business reach new heights, as it looks to grow its workforce and secure new contracts with more of the UK’s leading retailers.”