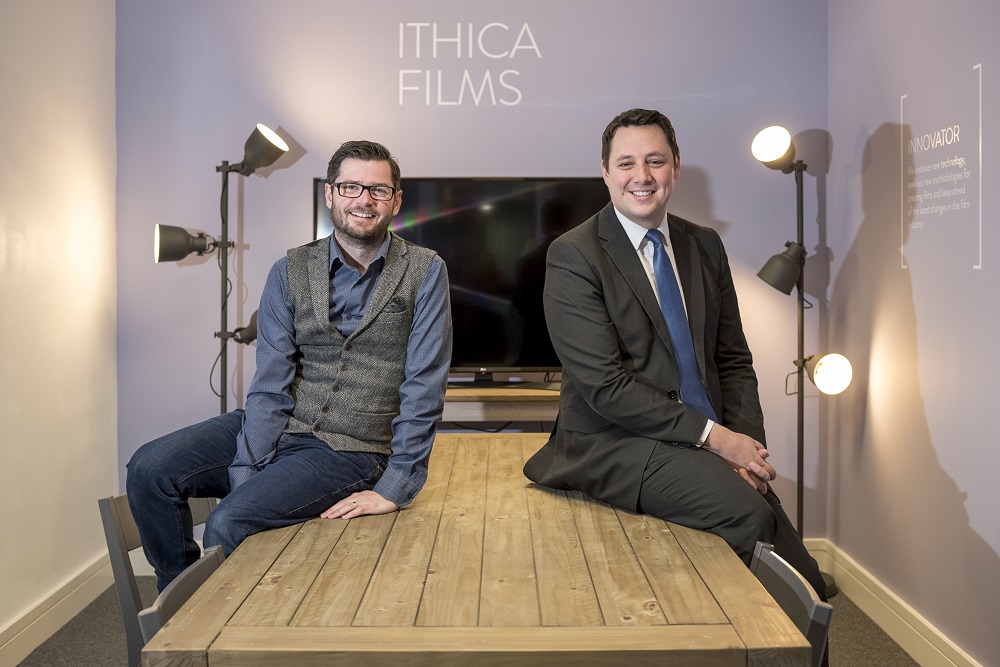 Middlesbrough-based Ithica Films is an independent, award-winning film production company.  It provides a full range of film-related services, from consultancy and strategy, to all aspects of production work for a wide range of clients.

Launched in 2014, Ithica Films has cemented its position as a marketplace leader for creative filmmaking in the North East, with high profile projects delivered in sectors such as renewables, finance, logistics, public sector, chemical process and healthcare.

The directors will use the NPIF – FW Capital Debt Finance investment to help achieve their ambitious growth plans and expand Ithica Film’s marketing presence. The company aims to create an in-house development position while upgrading equipment and expanding their facilities at their Boho One HQ.

Matt McGough, Ithica Films Managing Director, said: “With our creative focus on filmmaking, we’ve built up a strong level of trust with clients and a great body of work.

“We really needed some help to push on to the next level as we had been funding improvements ourselves and this was proving to be a very slow process for us.

“Working with FW Capital was great thanks to their flexible and pragmatic approach. The team guided us through the process and were able to provide this investment which will help our business to continue to grow.”

Keith Charlton, Senior Investment Executive, at FW Capital, said: “Ithica Films has a strong track record of growth over the four years since its formation.

“The management team is creatively passionate, with clear ideas as to the strategy and direction the company should be taking. They have built up a strong pipeline of opportunities supporting future growth prospects. We are delighted to support them and wish them every success for the future.”

Ben Houchen, Tees Valley Mayor, said: “Matt and his team at Ithica Films have established a reputation that is second to none for their inspired and creative work.

“This investment is great news for them as a company, allowing them to grow and expand.  It’s also good news for Middlesbrough as we establish the town as a centre of creativity.

“Companies such as Ithica Films prove that if you want to work in the creative industries you don’t have to leave the region – you can have a thriving career by staying in the Tees Valley.

“This is yet another example of funding for the Northern Powerhouse Investment Fund aiding businesses and giving them the assistance they need to succeed.”

Mark Wilcockson,  at British Business Bank, said: “We’re pleased that NPIF has supported Ithica Films in its mission to improve its equipment, office facilities and develop its in-house offering. The company has already established itself as a leader in creative filmmaking in the Tees Valley and we look forward to seeing Ithica use this investment to expand and scale up in the coming months.”