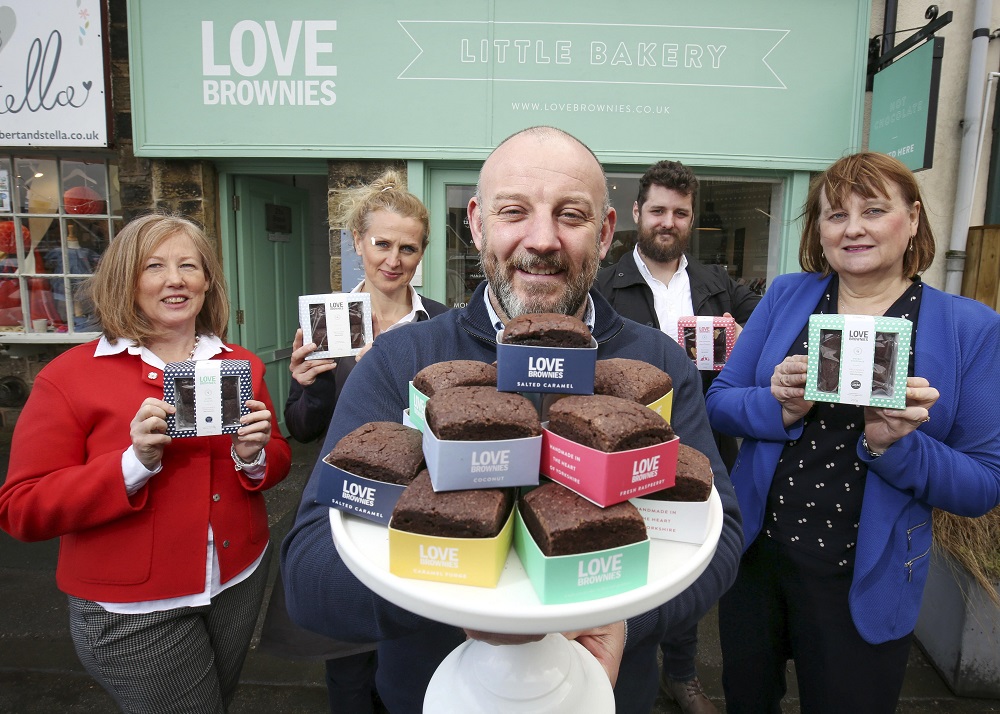 Love Brownies was originally founded in 2009 by Lee and Chantal Teal from their kitchen at home before expanding into a bakery and cafe in Ilkley in 2016.

Now the company employs 17 people and offers an online gifting service where customers can send brownies through the post to mark special occasions.

As demand for the individually-made brownies grew to 2,000 a day, the company devised a growth plan to open franchises in other parts of the country, expand the Ilkley café and open a new bakery in a converted barn near Barden, at the heart of the Devonshire Estate.

The couple, advised by Dianne Walker & Co, were delighted to secure the funding from FW Capital to help them do this.

The loan has supported renovations of the new bakery, which was officially opened by Olympic triathletes the Brownlee Brothers on 27 January, 2019.

Nicky Atkinson, Deputy Fund Manager at FW Capital, said: “Love Brownies is a dynamic company with ambitious plans for the future. The Love Brownies management team is totally committed to growing the company whilst maintaining the quality of their products which they are known for. We are delighted to have been able to support them into the next phase of their development.”

Lee Teal, Commercial Director at Love Brownies, said: “The team at FW Capital were brilliant throughout. It was a very in-depth process and they really got involved and understood who we are and where we want to go. They were unbelievably helpful and fantastic to work with.”

Grant Peggie, Director  at British Business Bank, said: “Since its launch in 2017, NPIF’s impact on businesses has been wide-ranging, providing funding to launch new products, employ new staff, enter new markets and acquire new facilities. We are pleased that NPIF is continuing to unlock the North’s growth potential by supporting small businesses with vital investment.”