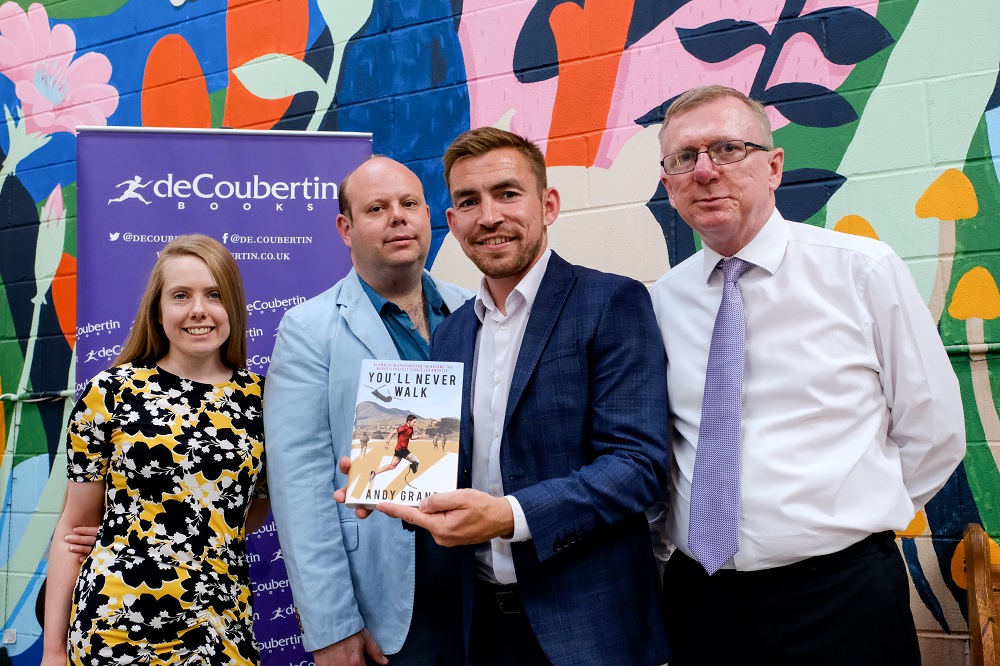 deCoubertin Books  is an independent publisher that works with some of the biggest names in sport and sports writing. The company was set up in 2009 by sports journalist James Corbett who has since relocated the company from London back to his home city of Liverpool and is now based in the Baltic Triangle area.

Initially deCoubertin published record and history books however, in 2011 the legendary former-Everton and Wales goalkeeper, Neville Southall, approached the company to publish his autobiography.

The book went on to be one of the best-selling sports books of 2012 and was named by TalkSport as one of the ‘ten must read sports books of all time’.  deCoubertin  went on to publish the autobiographies of Howard Kendall, Bob Latchford  and Andrei Kanchelskis, to name but a few. Last month they published a book about the iconic World Cup Italia 90, World in Motion, which has already sold out of its initial print run. This autumn’s titles include the memoirs of Liverpool legends Bruce Grobbelaar, John Toshack and John Arne Riise.

Founder and principal James Corbett said:  “My initial ambition was to take creative and editorial control over my own book project.  I’d had two books published previously but found the publishing process frustrating.

“Our principles were simple: to have meticulous editorial standards, pursue excellence in design and to bridge the worlds of physical and digital. Furthermore, we felt it important to only take on projects we passionately believed in. That mantra has served us well – we now have four full time staff, a pool of 12 freelancers and authors, sell around 50,000 books per year and turnover £400k.

“The funding will be used to grow the publishing programme and support digital expansion, including a more sophisticated website where our content will be better displayed. It will also support an events programme incorporating book signings at local employers and independent book stores.

“FW Capital have been a fantastic partner – they really believe in what we are trying to do and can see our growth potential.”

Simon Berry, senior investment executive at FW Capital said:  “James has really put his heart and soul into deCoubertin and the ability to secure collaborations with some of the top names in sport and beyond is testament to the quality of the books.

“I have every belief that they will build on their success to date.  We are delighted to have supported the business.”

Sue Barnard, Senior Relationship Manager at British Business Bank, said: “The Northern Powerhouse Investment Fund continues to provide vital funding for businesses across Liverpool and the wider North. This latest round of investment will support a company that has demonstrated a track record of excellence, publishing best-selling autobiographies for sporting icons, and we are pleased that the team will be able to take greater control of its projects with our support.”

Jacqueline Gilroy, Project Engagement Manager at Liverpool Vision, said: “It was a pleasure working with deCoubertin books through our Business Growth Programme – their commitment and ambition was clear from the outset. We’re thrilled that our introduction to FW Capital has resulted in this investment and we look forward to supporting their continued growth.”