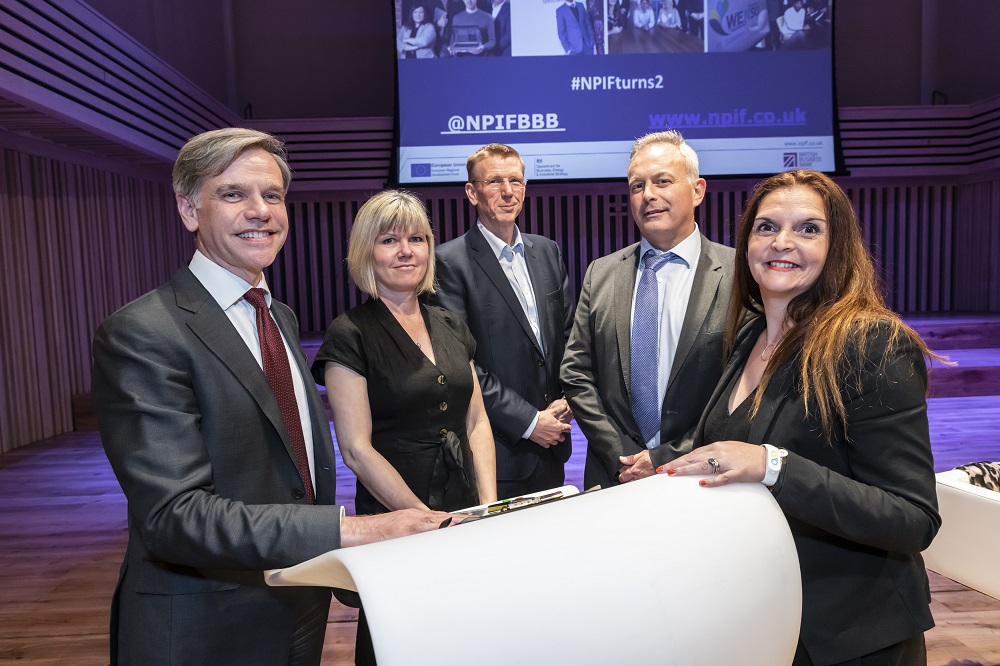 Members of the Northern business community, alongside representatives from British Business Bank, came together to celebrate the second anniversary of the Northern Powerhouse Investment Fund at an event held at The Stoller Hall, Chetham’s School of Music in Manchester on 9th May.

Over 100 professionals gathered to celebrate NPIF investing £105m across the Northern Powerhouse region, supporting over 400 SMEs. The event showcased a number of NPIF investee companies that have secured funding over the last two years, including Love Brownies, Inovus Medical and My eBook, who have used investments to scale up.

Introducing a panel hosted by Chris Maguire, Editor at Business Cloud, Keith Morgan gave an oversight of the challenges that businesses are facing across the UK and how NPIF is helping to reduce the funding gap for businesses in the north. Attendees also heard from a number of companies including Moodbeam, Urbanbubble, My Digital Accounts and Midwater Luggage, who have all benefited from NPIF support.

Grant Peggie, Director at British Business Bank, commented: “It was great to celebrate a significant milestone for NPIF, which has now invested over £105m.  Our Fund Managers have worked hard to identify and support some of the regions’ most exciting and innovative businesses and we look forward to aiding the further growth of Northern businesses in the coming year.”