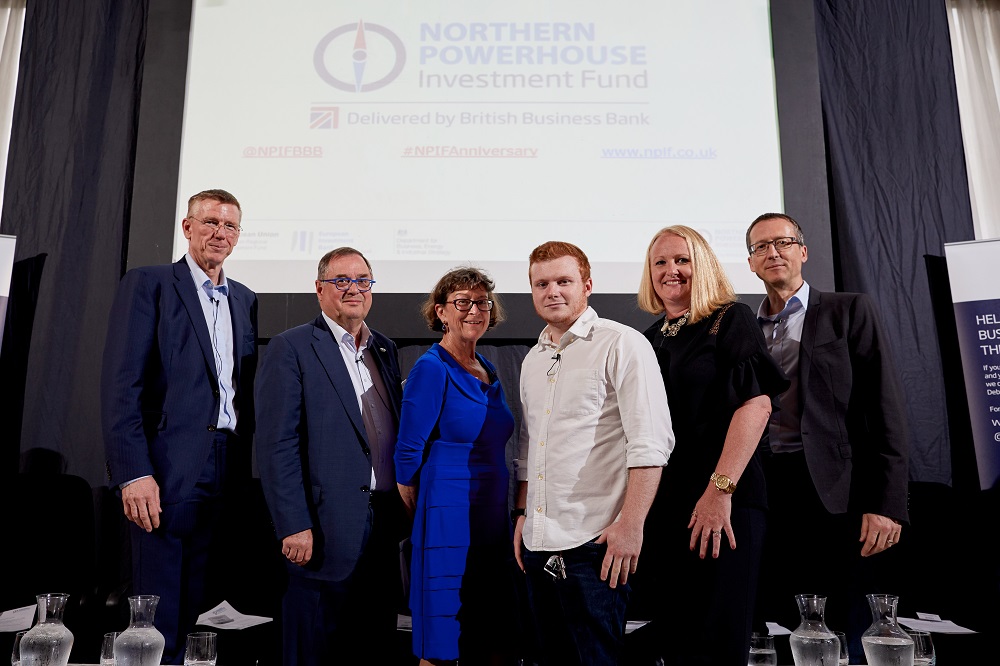 NPIF celebrates strong start to the year with £50m milestone

The significant achievement was announced by Ken Cooper, Managing Director, Venture Solutions at the British Business Bank as he spoke to investee businesses, key stakeholders, partners and fund managers at NPIF’s one-year anniversary event in Leeds.

The £400m Fund, which is supported by the European Regional Development Fund, HM Government, and the European Investment Bank, was launched by the British Business Bank as a key part of the government’s ‘Northern Powerhouse’ vision, which aims to create economic prosperity in the North of England.

Speaking at NPIF’s one-year anniversary event, Ken Cooper, Managing Director at British Business Bank, said: “NPIF investments have impacted all corners of the Northern Powerhouse area, unlocking finance for businesses across the North West, Yorkshire & the Humber and the Tees Valley.  With deals ranging from a design, engineering and project management business in Grimsby to a cheese maker in Cumbria and advanced manufacturing businesses in Hull and Liverpool.

“The success of NPIF has played a key role in our regional agenda of tackling historic regional disparities in funding, not just here in the Northern Powerhouse region but we have been able to build on the successful model used here to develop funds in the Midlands, through the Midlands Engine Investment Fund (MEIF) which we launched in February, and we will soon be launching a fund for Cornwall and Isles of Scilly Fund.”

Roger Marsh, OBE, Chairman of the NPIF SOB and Chair of Leeds City Region Enterprise Partnership (LEP) said: “It’s really great news that the NPIF has invested over £50 million so far, supporting growing businesses and boosting the economy as a result.  As NPIF celebrates its first anniversary this week I am delighted that we have hit this investment milestone and that businesses across the region and North are benefiting.”