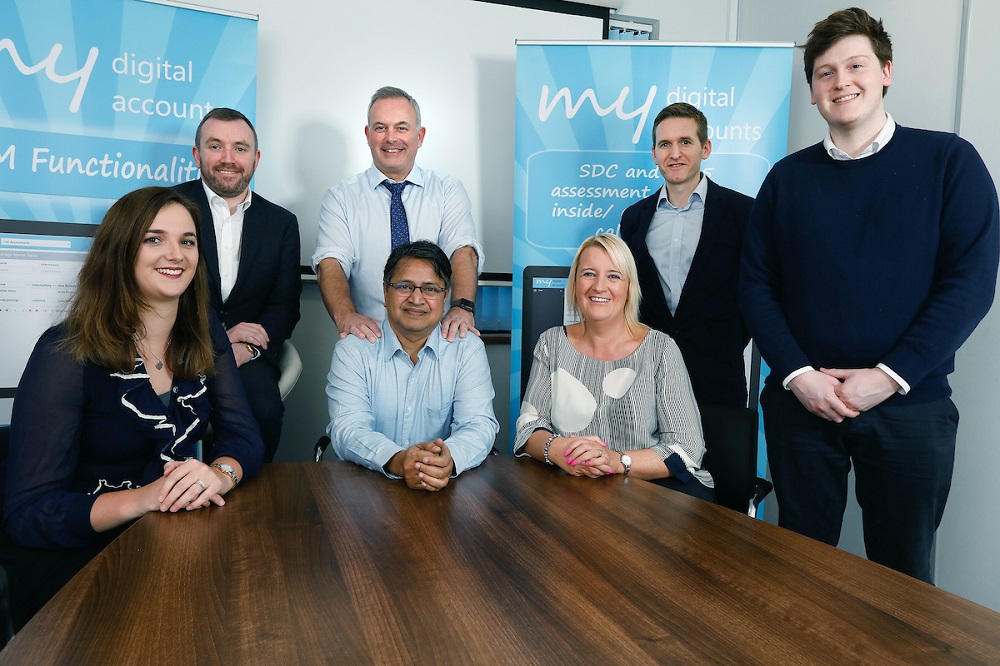 The Northern Powerhouse Investment Fund which is delivered by the British Business Bank, has invested over £10m into businesses across Cheshire and Warrington.

The information and communication technology sector was the most prolific securing a total of £3.6m worth of funding across nine businesses across Cheshire and Warrington closely followed by the professional, scientific and technical activities sector which also saw significant activity with fourteen businesses receiving £3.3m worth of investment.

Businesses in Cheshire and Warrington that have received funding include cloud-based accounting and payroll software provider My Digital Accounts. Founded in 2015, the firm received a £1.2m investment from NPIF – Maven Equity Finance to help with its growth – with the investment supporting the business in scaling its marketing and doubling staff numbers.

The firm was founded 29 years ago and was taken over in 201. The company has grown from six employees to 27 in seven years and generated sales of £2.2m. The loan assisted with creating 17 new jobs and increasing the turnover to £4.65m at the financial year end in September of 2019. The firm required funding to maximise its growth potential and are now on target to achieve a turnover of £8m in 2019/2020.

More recently, Sales Bond which has expanded to Frodsham, received £70,000 worth of investment which included £30,000 from NPIF – BFS & MSIF Microfinance, managed by GC Business Finance and MSIF, as well as a further £40,000 from shareholders.

The independent telesales company specialises in lead generation, appointment setting and required investment to help expansion after achieving 300 per cent growth since 2016. Following investment, the firm has established a new office in Frodsham, while undertaking further recruitment. By venturing into Cheshire, Sales Bond want to attract new customers and boost revenues further.

In addition to this, NPIF – BFS & MSIF Microfinance provided a loan to Cheshire Distilleries. The firm received £50k from MSIF to bring its production facility in house, including all labelling, distilling, bottling and production; positively impacting the profit margins – allowing them to launch their new gin liqueur, Cheshire Grins Gin.

A growing number of NPIF investees are also located at Alderley Park, which has received over £2.5m worth of investment from the Fund. Alderley Park offers bioscience facilities for life science companies at every stage, boasting the biggest life sciences R&D facilities in the UK.

NPIF was established in 2017 with the aim to deliver a range of funding options to ambitious and high-growth SMEs to aid expansion and create economic prosperity in the North of England. Cheshire is one of the funds’ 10 Local Enterprise Partnership (LEP) areas in which NPIF has made an impact by helping businesses seeking investment to accelerate their growth. The Fund offers a range of finance options including micro-finance, debt finance and equity finance, with investments ranging in size from £25,000 to £2m.

Grant Peggie, Director of the British Business Bank, said: “It is really encouraging to see the significant investment being made into Cheshire and Warrington and the positive impact this is having on businesses across the region. The current total of £10m invested in the region highlights our fund managers’ work to ensure that businesses have access to the finance needed to accelerate their growth. It is clear that Cheshire and Warrington is an innovation centre in the North West and we would encourage other innovative, growing companies to explore whether NPIF investment can back their growth.

Christine Gaskell CBE DL, Chair of Cheshire and Warrington LEP said: “£10m invested in to innovative businesses in just 2 years is a significant milestone and reinforces the need for funds such as the Northern Powerhouse Investment Fund in providing flexible finance to support the growth of businesses in our region.

“Our work, through funds such as this, ensures that innovation continues to be the cornerstone of growing the Cheshire and Warrington economy further, particularly in the areas of science and technology, and guarantees that support exists for those businesses that are pushing boundaries every day to improve performance.”