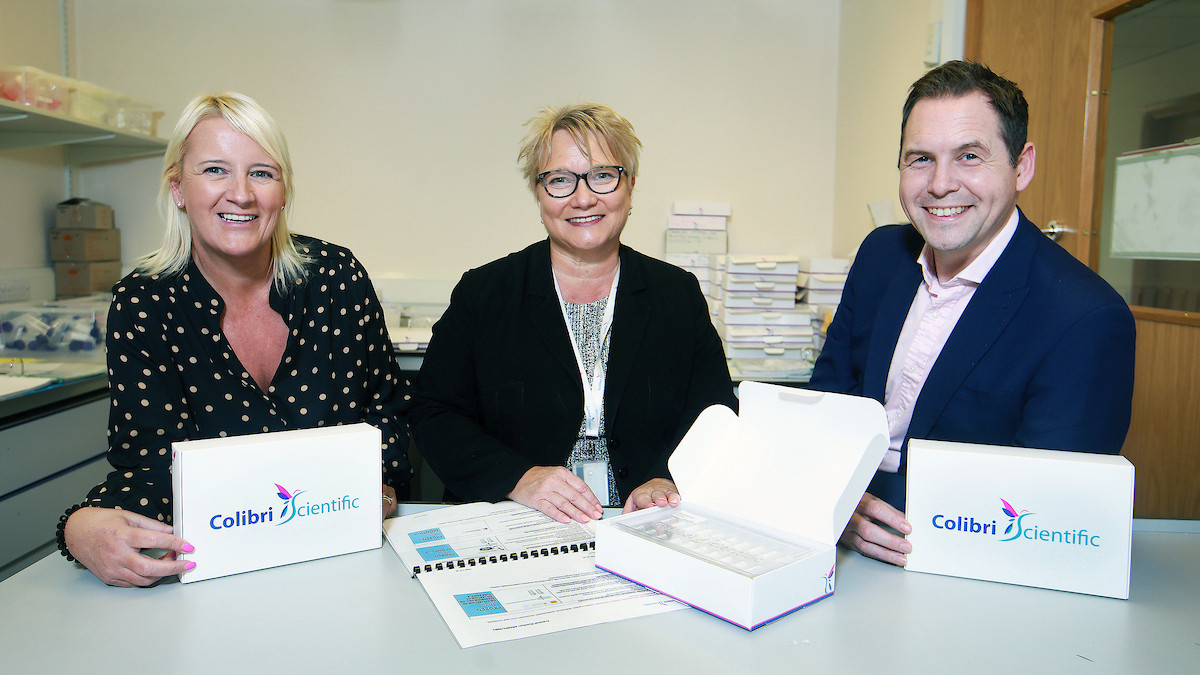 The Northern Powerhouse Investment Fund which is delivered by British Business Bank, has invested a total of £2.5m into businesses based at Alderley Park, Cheshire, the UK’s largest single site life science campus.

The £2.5m invested into businesses at Alderley Park forms part of NPIF’s £10m milestone that was recently achieved in the Cheshire and Warrington region.

Alderley Park offers bioscience facilities for life science companies at every stage and is home to over 200 businesses. It includes a range of workspaces, events and a community that encourages businesses to collaborate, innovate and grow.

The milestone includes a £150,000 loan to Aptus Clincal from NPIF – FW Capital Debt Finance which the company received in 2018.

Aptus Clinical specialises in clinical contact research, enabling it to transform promising molecules into valued medicines. The loan was used to support its growth, allowing additional investment in infrastructure and capabilities to better serve the needs of the growing client base. The firm also relocated to a larger office within Alderley Park in 2018 as part of its expansion plans and hired more senior staff members.

Also based at the site and supported by FW Capital, Alderley Analytical received two separate investments of £300,000 in 2018 and 2019 to fund the purchase of two mass spectrometers. The bioanalytical service supports drug development programmes with a mission to support the rapid development of new drugs.

Most recently, Colibri Scientific received an £80,000 loan delivered by NPIF – BFS and MSIF Microfinance. Colibri Scientific is a clinical trials service, providing personalised and operational samples to clinical investigators, biotechnology and pharmaceutical companies running small to medium scale multi-centre studies. The firm plans to use the loan to bolster headcount and expand the business by developing a laboratory information portal.

NPIF was established in 2017 with the aim to deliver a range of funding options to ambitious and high-growth SMEs to aid expansion and create economic prosperity in the North of England. Cheshire is one of the funds’ 10 Local Enterprise Partnership (LEP) areas in which NPIF has made an impact by helping businesses seeking investment to accelerate their growth. The Fund offers a range of finance options including micro-finance, debt finance and equity finance, with investments ranging in size from £25,000 to £2m.

Grant Peggie, Director of the British Business Bank, said: “It is great to see the huge investment being made into Alderley Park which highlights the sheer amount of innovation that is taking place across the region. Reaching this £2.5m milestone at Alderley Park is really important for NPIF in showing the investment taking place across the Northern Powerhouse in science and new technologies.”

Christine Gaskell CBE DL, Chair of Cheshire and Warrington LEP said, “This milestone shows how much NPIF is helping to drive forward economic growth in Cheshire and Warrington and supporting the ever-developing cluster of innovative science and technology businesses at Alderley Park. We are delighted that the fund is making investments in to businesses that are developing the latest in medical, scientific and biotech industries thus furthering our reputation as a centre for innovation.”

Dr Kath Mackay, Managing Director of Alderley Park, said:  “Access to funding is a hugely important issue and our ecosystem of innovative, ambitious businesses at Alderley Park has been well supported by the NPIF, as this milestone demonstrates. Growing the science and technology sector is central to the future of UK Plc and Alderley Park is major element in a wider picture of the North West’s flourishing knowledge-based economy.”