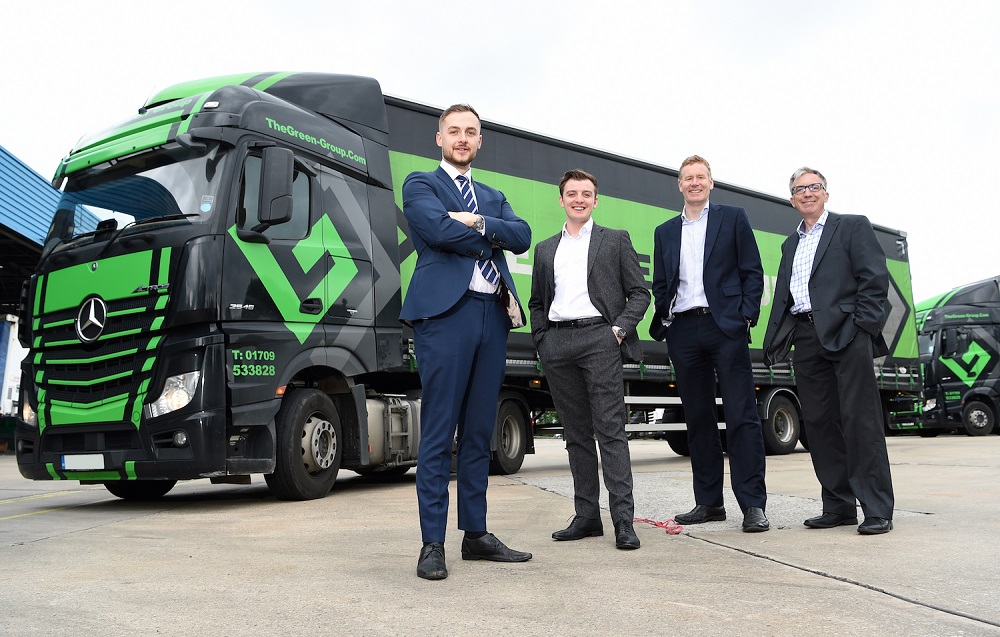 Tech platform will be ‘Uber of the haulage industry’

Entrepreneur Erin Short believes his new tech platform will do for the haulage industry what Uber has done for the taxi sector.

The 25-year-old is the CEO and co-founder of Avail Technologies, which connects haulage operators with drivers secured £300,000 in investment from the Northern Powerhouse Investment Fund.

The tattooed entrepreneur was previously a driver with the Royal Logistics Corp in the British Army and was deployed to Afghanistan in 2013 before being medically discharged because of problems with his hearing.

He went on to complete a business management degree at the University of Plymouth at night while working as an HGV driver during the day.

Short spotted a gap in the market while doing a shift as an HGV driver on a bank holiday and realised he was being paid £22 an hour while the recruitment agency was getting £13.

“This is a really hidden marketplace,” he said. “People don’t realise that there’s a lot of strain and that there’s long hours involved as a driver. You’re away from family and friends, you can’t talk to anyone, you’re usually on your own. The company is paying £35 an hour that they can’t afford.

“Agencies are outdated and they’re built on old systems. Technology connects everyone through Facebook, Twitter and Instagram. Why not create a platform which can connect people professionally?

“We do one piece of work to introduce someone to someone else. Then it’s down to the haulage company to decide how much money they can afford to pay for that driver and the driver to accept if that’s okay or not.”

Short’s co-founder is Callum Clark. “Callum was also in the military,” he said. “We’re old school friends who have known each other since we were kids. Callum is a transport manager. In two respects the product needs to work for a transport manager and a driver. I’ve done the driving and Callum has done the transport managing.

“I started thinking about Avail in 2017. Avail literally means to better yourself. That’s what the whole company is literally about: bettering yourself. We went through our investment stage, which took ages, and the official launch was last September.

“There’s about 295,000 HGV drivers but there’s a shortfall of 45,000 which the government is addressing. 98 per cent of everything that comes into this country is by haulage. Point at something in this room that was at one stage not brought by a lorry and I’d be incredibly impressed.”