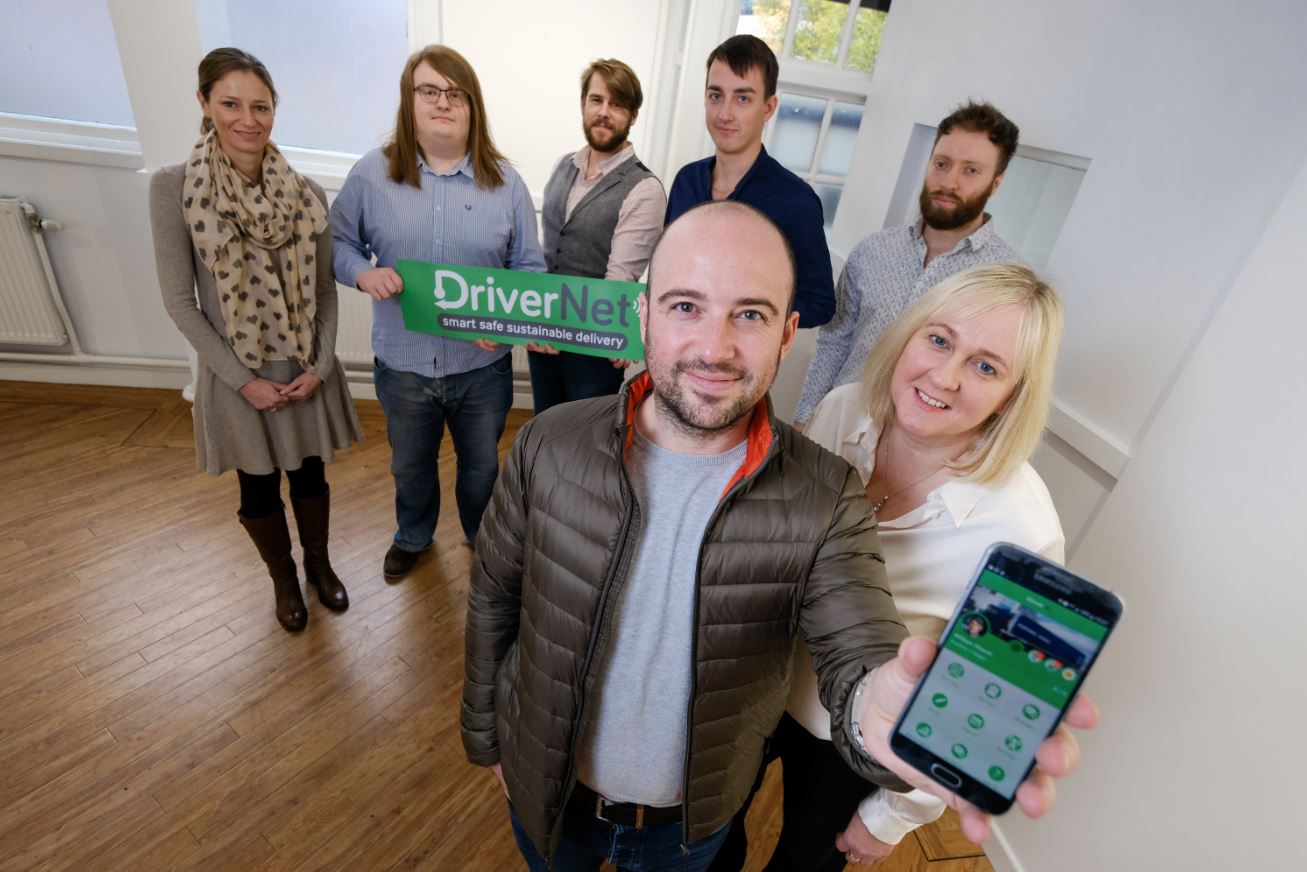 MSIF has recently provided St Helens based DriverNet with a £50,000 loan from NPIF – BFS & MSIF Microfinance, part of the Northern Powerhouse Investment Fund.

DriverNet is a mobile application that bridges the gap in connections and information between drivers, driver management and customers to improve all-round performance, driver and customer experiences and reduce emissions.

DriverNet was incorporated in 2016, by creator Ant Chisnall. The business was in the research and development stage for some time, as the application was developed and perfected.

Ant Chisnall has over 15 years of experience in logistics, covering numerous roles within the industry including transport planner and logistics manager. Ant has an invaluable amount of knowledge around the time management, efficiency and issues of HGV delivery drivers.

DriverNet was created after Ant became interested in increasing the efficiency of deliveries, reducing delivery times and keeping clients regularly updated and informed on their delivery progress.

The Business has received a grant from Innovate UK of £68,000. In combination with the £50,000 from NPIF – BFS & MSIF Microfinance, this will fund a range of things, including 4 new staff members’ wages, new laptops and software that is required and also working capital for the business.

The application is operated from an iPhone and allows the company to track the whereabouts of the driver and also alerts depots/customers when the driver is nearing their location, with a 30, 15 and 5 minute alert.

The application also benefits the driver as they receive notifications in advance about where or which bay is most efficient for their delivery, allowing for a quicker drop off. Drivers can also view video footage showing the best access to their delivery location, meaning they get it right first time and do not go through the customer car park or an entrance that is not built for their vehicle size.

DriverNet tested their prototype in the Summer with Kuehne and Nagel, fast tracking lorries into their sites within ten seconds, – conventionally it can take three to four minutes – saving time and costs by removing the need for lorries to sit in a queue.

The business currently employs 4 staff, this will rise to 8 due to the investment.

Ant Chisnall, Founder and CEO of DriverNet, said: “We saw a gap in the quality and services provided to drivers by telematics systems, and also that the majority of fleet operators can’t afford the systems. DriverNet is a low cost network that solves both these problems.

“We are now about to embark on launching customer trials in the New Year and generate our first revenues shortly afterwards. Our aim to create a new online national network to connect any driver to a site in swift, safe and sustainable ways.

“We were given full guidance and advice throughout the process and the opportunity has allowed us to get our product closer to reaching the market and grow our team.”

Sue Chambers, MSIF Investment Manager, said: “It has been great to work with Ant through the investment process. He has so much knowledge surrounding his product and the logistics sector as a whole. His commitment and passion to DriverNet was evident from our first meeting.

“The DriverNet product is really impressive and has clear evidence to show it would be a large cost saving piece of kit for countless companies in the UK and worldwide.”

Sue Barnard, Senior Manager  at British Business Bank, said: “We are committed to supporting companies across the North of England and it is great to see our fund managers backing businesses like DriverNet that will drive the future of Merseyside’s local economy.”